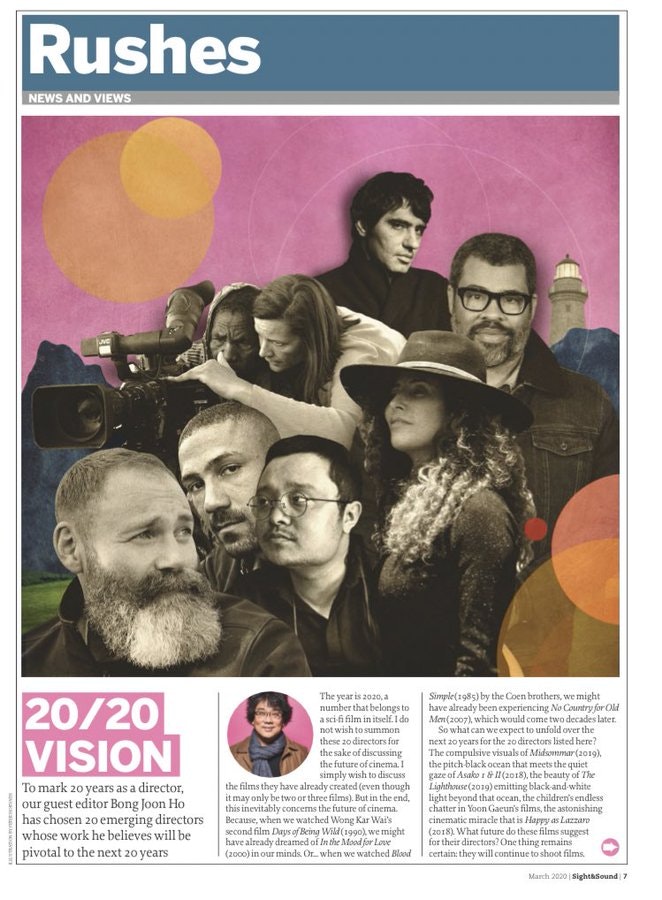 To mark 20 years as a director, Bong Joon Ho chose 20 emerging directors who’s work he believes will be pivotal to the next 20 years.

Here's what he writes about Alma Har'el, featured in his top 10:

'Har’el’s sensuous, exuberant movie-making verve was apparent from her first music videos for the band Beirut and others, but it was her first feature, Bombay Beach -- a documentary set on California’s backwater Salton Sea, in which her subjects performed their feelings in breakout dance numbers -- that made clear this was not a filmmaker who was going to stay inside the lines.'

Check the top 10 through i-D here.