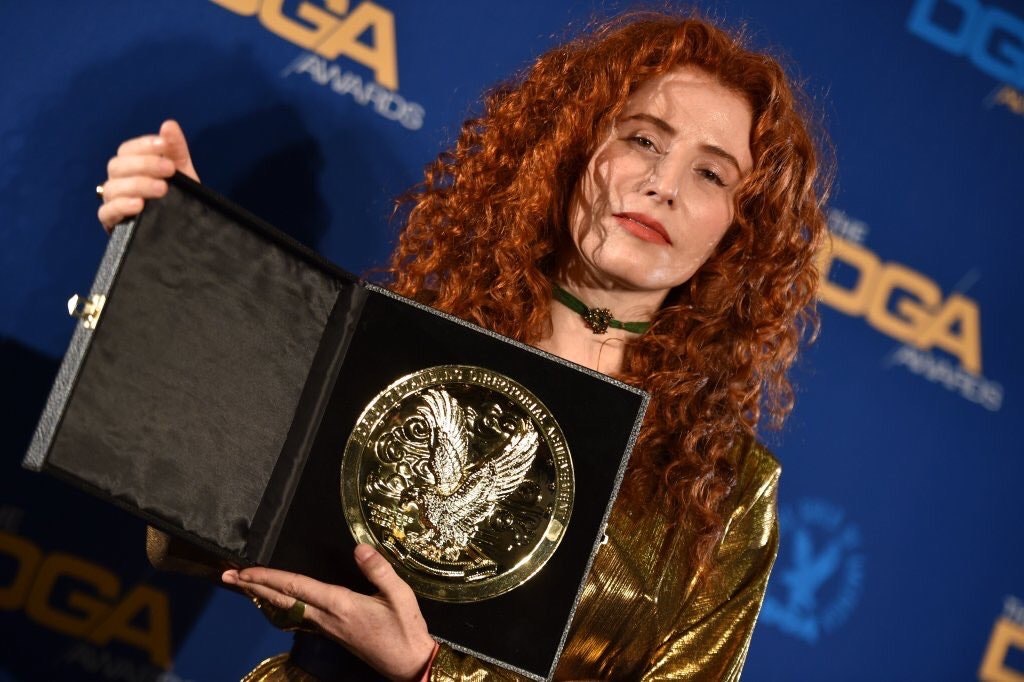 Alma Har'el captures our spirit and flies away with FIRST-TIME-FEATURE FILM DIRECTOR at the DGA Awards for Honey Boy! She is the first female director to win the category and the first to have also been nominated in the Commercial Director category two years back for her P&G spot #LoveOverBias.⠀
⠀
The other filmmakers that ever got these two nominations: Alejandro Iñárritu, David Fincher, Spike Jonze, Garth Davis. This year it’s Ridley Scott and our very own winged lioness. ⠀
⠀
Shout out to Mati Diop (Atlantics) & Melina Matsoukas (Queen & Slim) also nominated this year.

“To say I’m happy and proud doesn’t start to describe it. I hope this inspires someone who reads this to support women and POC who dream to make films.” tweets ALMA HAR'EL.