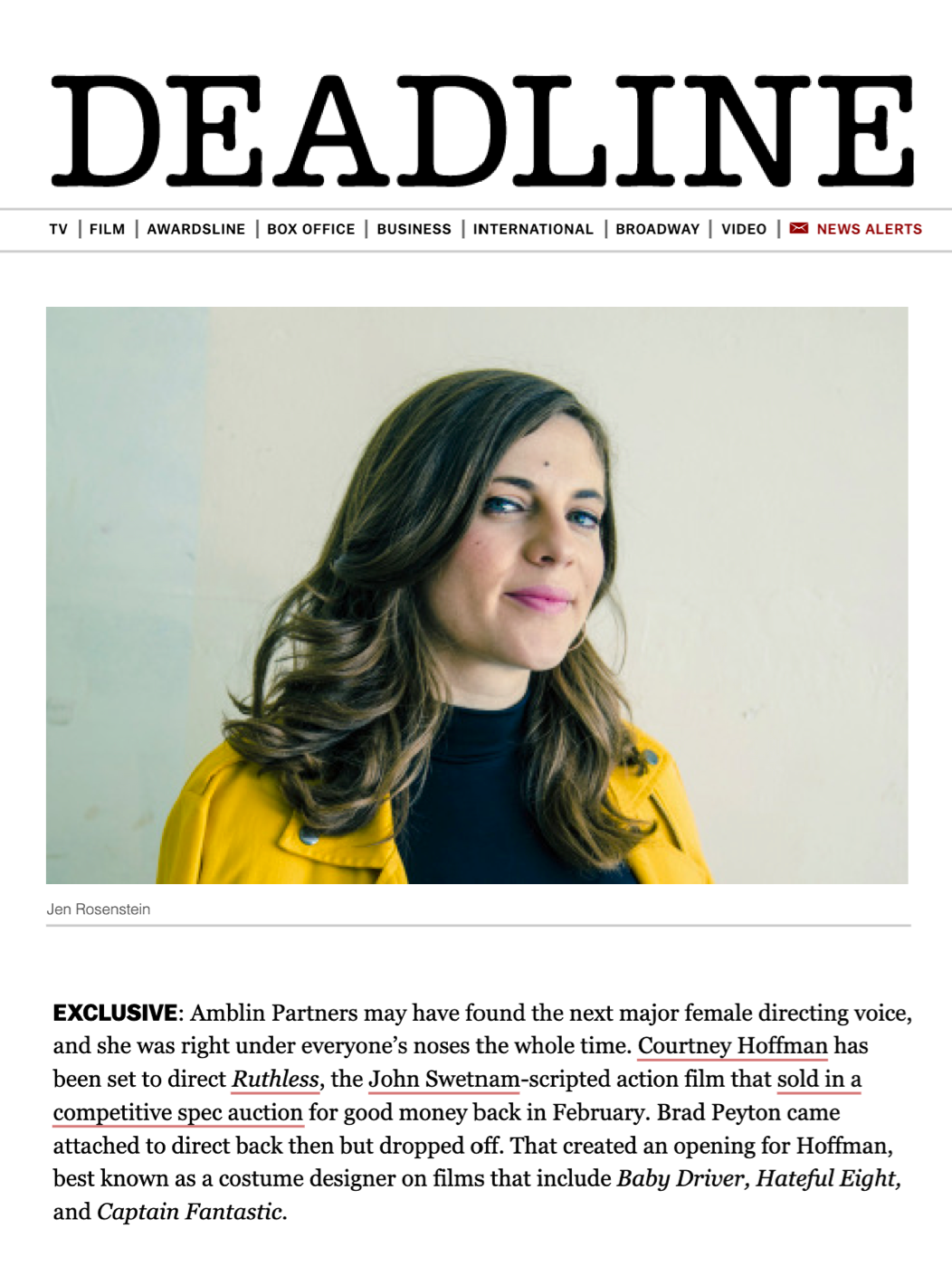 Courtney Hoffman is now set to direct 'Ruthless', the John Swetnam-scripted female action film, produced by Vinson Films and Weimaraner Republic Pictures. For reminder, the script had been sold in auction to Amblin Partners back in February, after it had producers and studios going all week.

The logline: When a legendary retired assassin is diagnosed with terminal brain cancer, she must return to the life she left behind and complete one final job in order to secure a future for her young daughter.

After meeting with Courtney and watching her short 'The Good Time Girls', the producers of 'Ruthless' were convinced that "she was ready to step up and take the helm of an ambitious thriller.

Matti Leshem, one of the producers, told Deadline: "In 25 years of listening to pitches from filmmakers, I cannot remember being that excited by a complete view of the film she intends to make. She has worked on all those big films, and it was clear she understands the collaborative nature, and that she has all the necessary confidence to direct a big movie.”

The film is now in development. In the meantime, you can read more about it on Deadline, and watch Courtney's short 'The Good Time Girls' here.