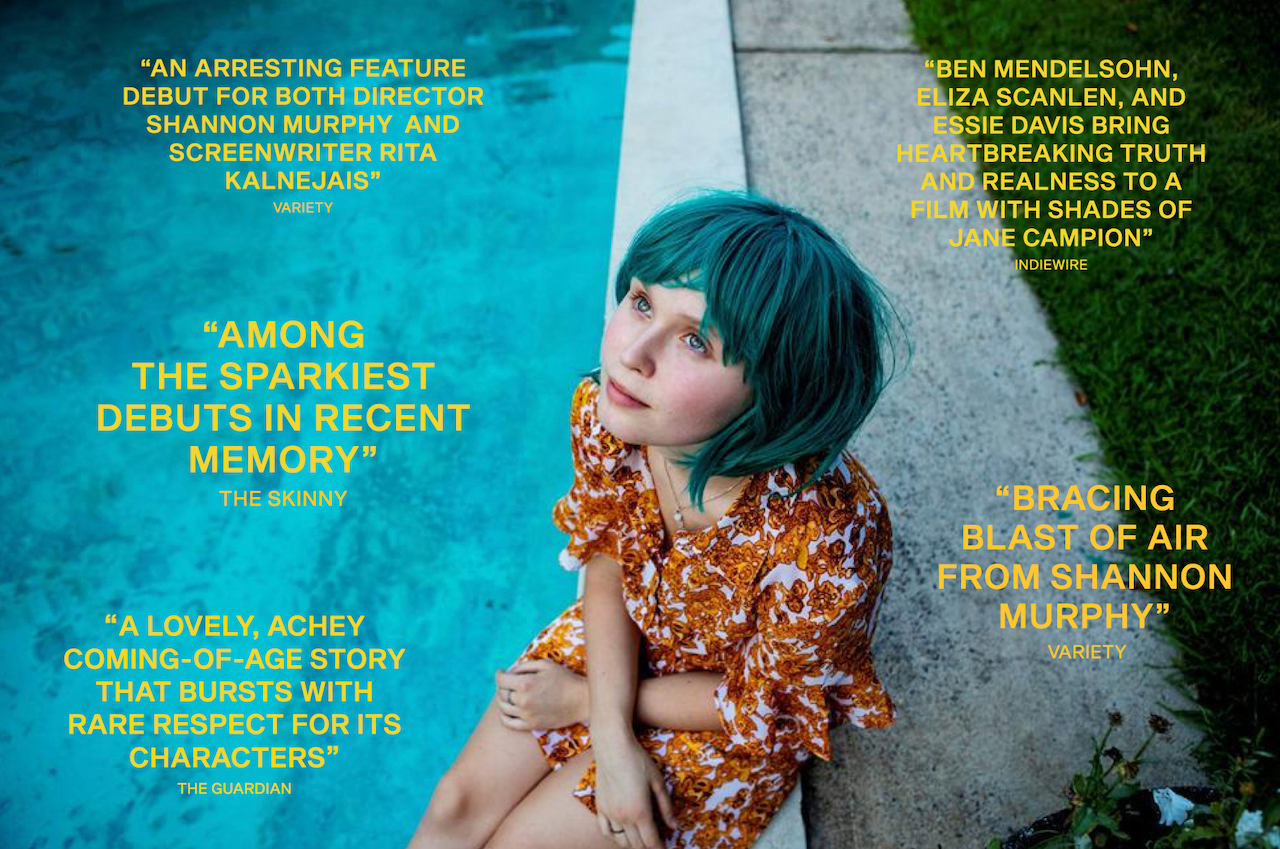 'Babyteeth' takes the world by storm

Shannon Murphy's debut film 'Babyteeth' was first presented during the 2019 Venice film festival, collecting nothing but raving reviews since. The Australian coming-of-age drama film stars Eliza Scanlen as 'Mila', a seriously ill teenager who falls for a small-time drug dealer and finds a new lust for life from her blossoming romance.

The film is now available to watch in the UK on both Netflix, Apple TV and Amazon Prime, and you can also head to Shannon's reel to see more.

"Shannon Murphy’s debut feature – the latest in the terminally-ill-teen romance subgenre – treats its characters with rare respect, and a quiet warmth"
Guardian

"It closes this movie about coming of age, loving and letting go with real confidence, promising more mature work down the track from the director"
Hollywood Reporter

"Rooted to the bloody tissue of real life and enameled with traces of early Jane Campion, Babyteeth is the kind of soft-hearted tearjerker that does everything in its power to rescue beauty from pain"
Indiewire