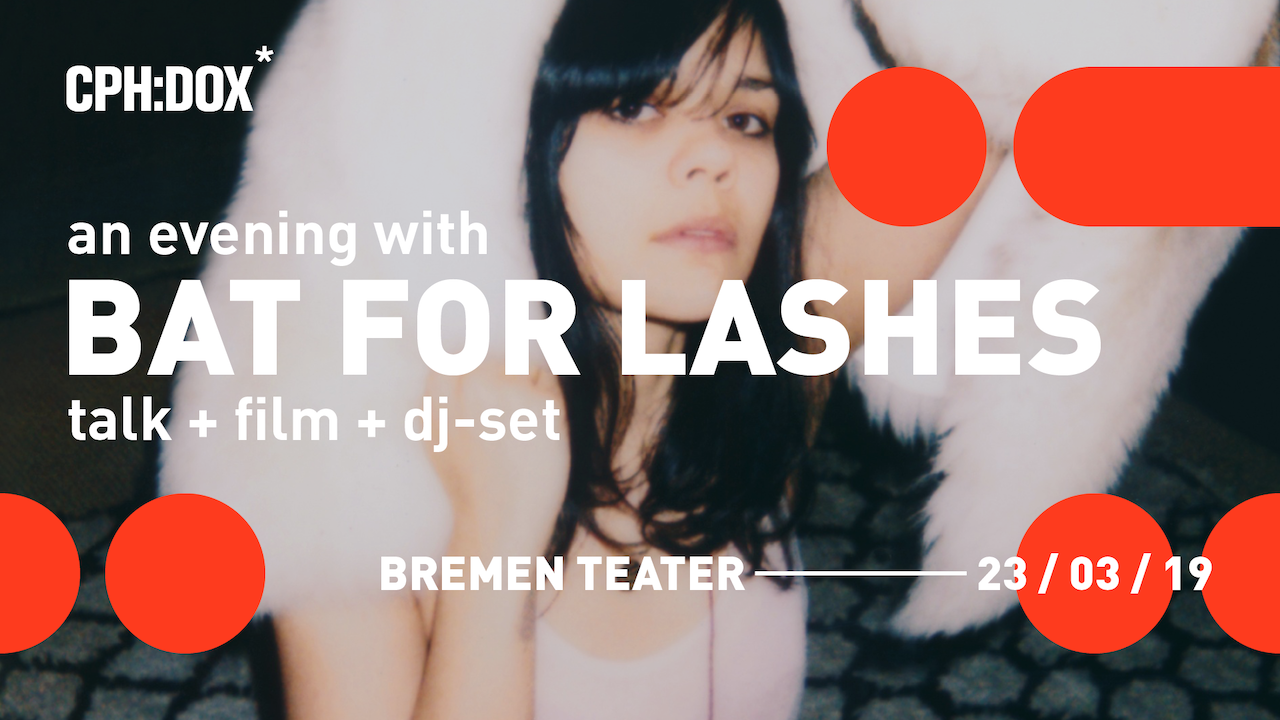 CPH:DOX 19 - an evening with Natasha Khan.

Natasha is set to host an evening of specially curated film, talk and a Bat For Lashes DJ set with Lief on the 23rd March.

The English/Pakistani singer-songwriter and multi-instrumentalist has been praised by critics and audiences worldwide and compared to names such as Kate Bush and Björk. But it is not just as a musician that Khan has managed to make a mark. As a former student of Music & Visual Arts these two art forms have always been strongly linked to her; she has directed breathtaking short films and made several lauded scores for the screen. At this event Khan will give a moderated talk and curate excerpts from cinema that have influenced themes from her last album ‘The Bride’ as well as her upcoming new album.

Khan comments “I’m excited to explore some of my favourite moments in cinema, themes that cover the hero’s journey, surrealism and phenomena in film, and the relationship between music and visual art. I’m looking forward to also sharing some new film work and talking about my journey in to directing.”

The talk will be moderated by multidisciplinary artist and writer Emma Rosenzweig.