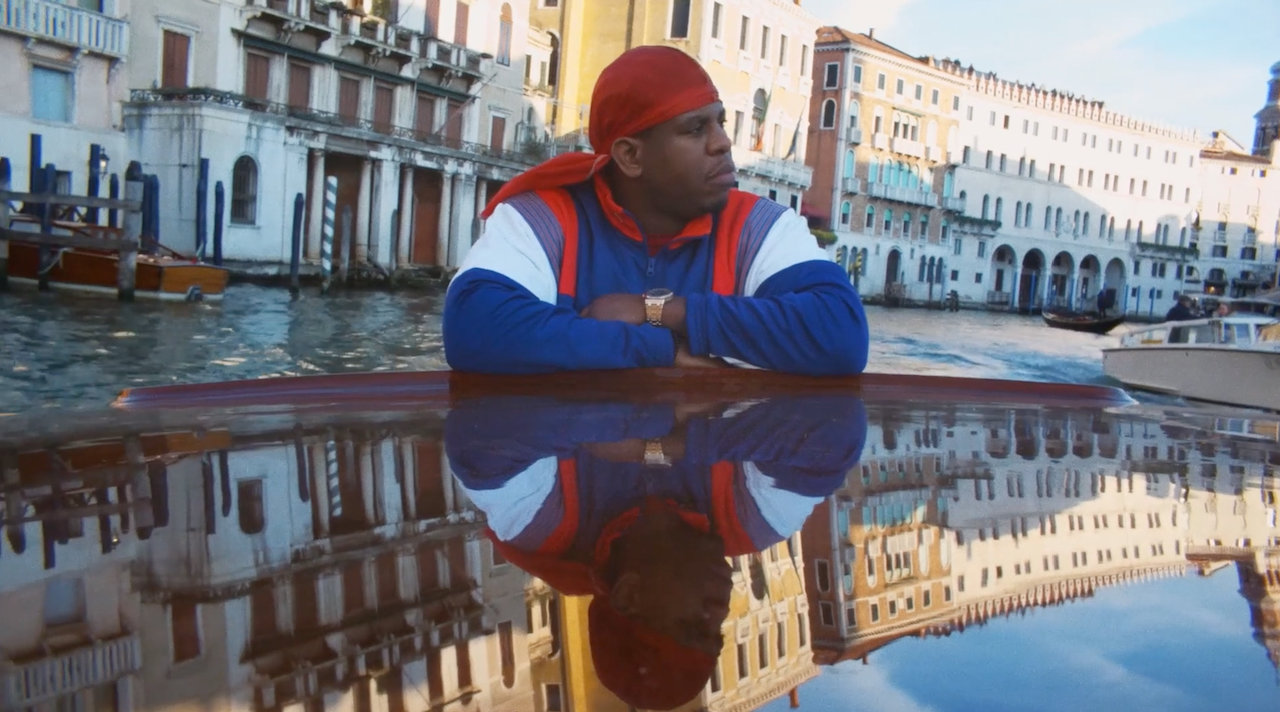 In this latest short from Lief, featuring music by Solange, Elisha Smith-Leverock takes us on a trippy journey with Ghetto Gastro's founder Jon Gray, as he designs his Bronx collective’s first glassware collab in Murano, Venice.

“This is a story of transformation and growth—from crack pipes to glass art,” says Elisha Smith-Leverock, the director shining a spotlight on Jon Gray, the co-founder of Bronx-based culinary collective Ghetto Gastro, whose new glassware collection takes unexpected inspiration from the history of crack.

Working at the intersection of food, design and culture, Gray calls himself “the dishwasher”—an unceremonious title that belies his part in changing the restaurant game by replacing the traditional gatekeepers of gourmet food.

In this Solange-soundtracked project, Smith-Leverock traveled to Venice to meet Gray and the team of world-class glass artisans working on his first kitchenware collaboration, Triple Beam Dream, a name which is shared by Rick Ross and Nas’ 2012 coke ballad.

The conspicuous references to Gray’s past extends throughout his collection, which also pays homage to the aesthetics of Pyrex glass—a major player in the production of crack during the ’80s and ’90s drug epidemic.

All of Gray’s projects share the philosophy that real creativity can be found on the streets, not just front row seats. Whether it’s drugs, social injustice or prejudice, Gray’s collective has made a name for itself by taking destructive narratives and forging something precious from the pain.

From a deconstructed apple pie with a chalk body outline to bring attention to the Black Lives Matter movement, to lines of crushed coconut served on a mirror, Gray’s partners and co-founders have created culinary works of art for both soup kitchens and tech execs.

“It’s not uncommon for luxury items to be appropriated from things that come from the streets,” says Smith- Leverock. “It’s far more rare that you see these ideas pushing into the luxury space created by people who have actually lived this reality. Jon and Ghetto Gastro are challenging ideas about who gets to tell these stories.”

Smith-Leverock continues: “Triple Beam Dream manages to compound a lot of what Ghetto Gastro is about, as well as reflecting Jon’s personal journey. It’s subversive, disruptive, uplifting and transformative - all at the same time. Jon and Ghetto Gastro stuck to their philosophy behind the camera as well, specifically choosing to work with a woman of colour, creating more opportunities for our voices to be heard.”

Aside from her film work, Elisha Smith-Leverock remains deeply committed to championing diversity both on and off screen, as an artist and the ambassador for Free The Work in Germany.

Watch the film on NOWNESS