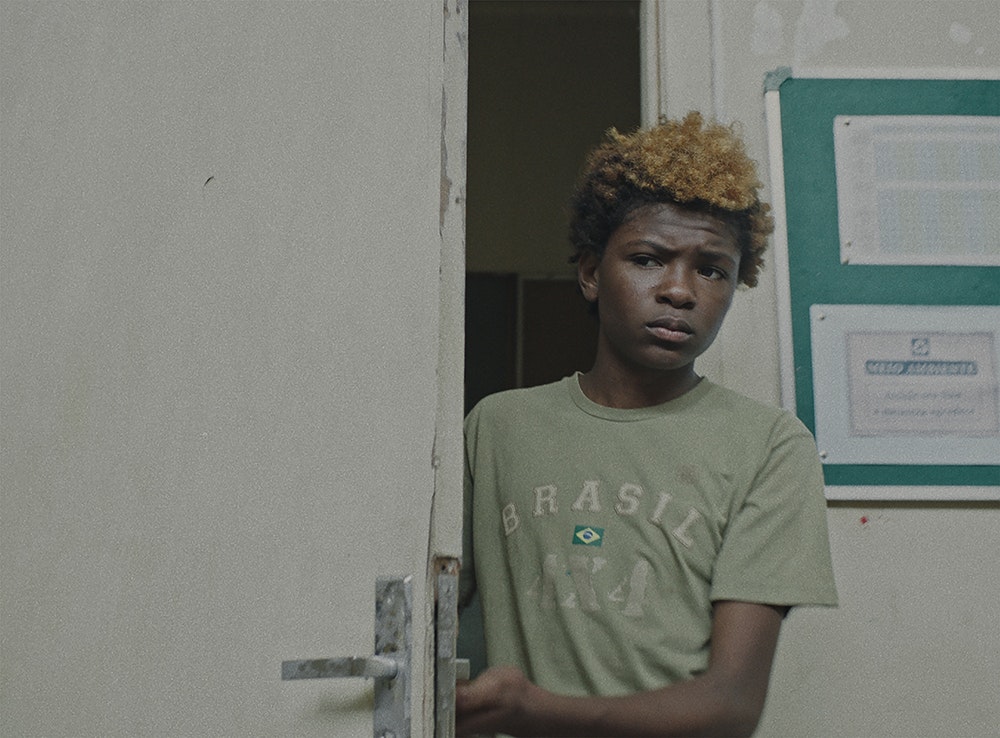 Close Up Culture interviews Carolina on her poignant short.

Inspired by true events, her latest short film tells the story of a teenage orphan who is cruelly left isolated for being ‘different’. A sad reflection of harmful and pervading conservative attitudes of the moment.

Close-up Culture’s James Prestridge caught up with Carolina to learn more about this poignant story.

Q: You beautifully contrast the colourful inner flair of Jonathas (Kauan Alavrenga) with the coldness and emotional ambivalence of his surroundings. Can you tell us about putting together a visual style for the film with cinematographer Pepe Mendes?

A: Myself, Pepe Mendes and Vicente Saldanha (production designer) worked closely together to try to raise this feeling of coldness and also Jonathas’ feeling of never getting to be part of the family that adopted him.

At the orphanage, we tried to aesthetically merge him into his surroundings, in terms of cinematography and palette, because that’s where he actually felt most “at home”. And to demonstrate that, unfortunately, he would eventually return there no matter what he tried to do differently.

It was intense shoot, but very pleasant and collaborative. They are both very talented and were obsessed with finding a tone that would best fit the story. That’s the most important thing to me.