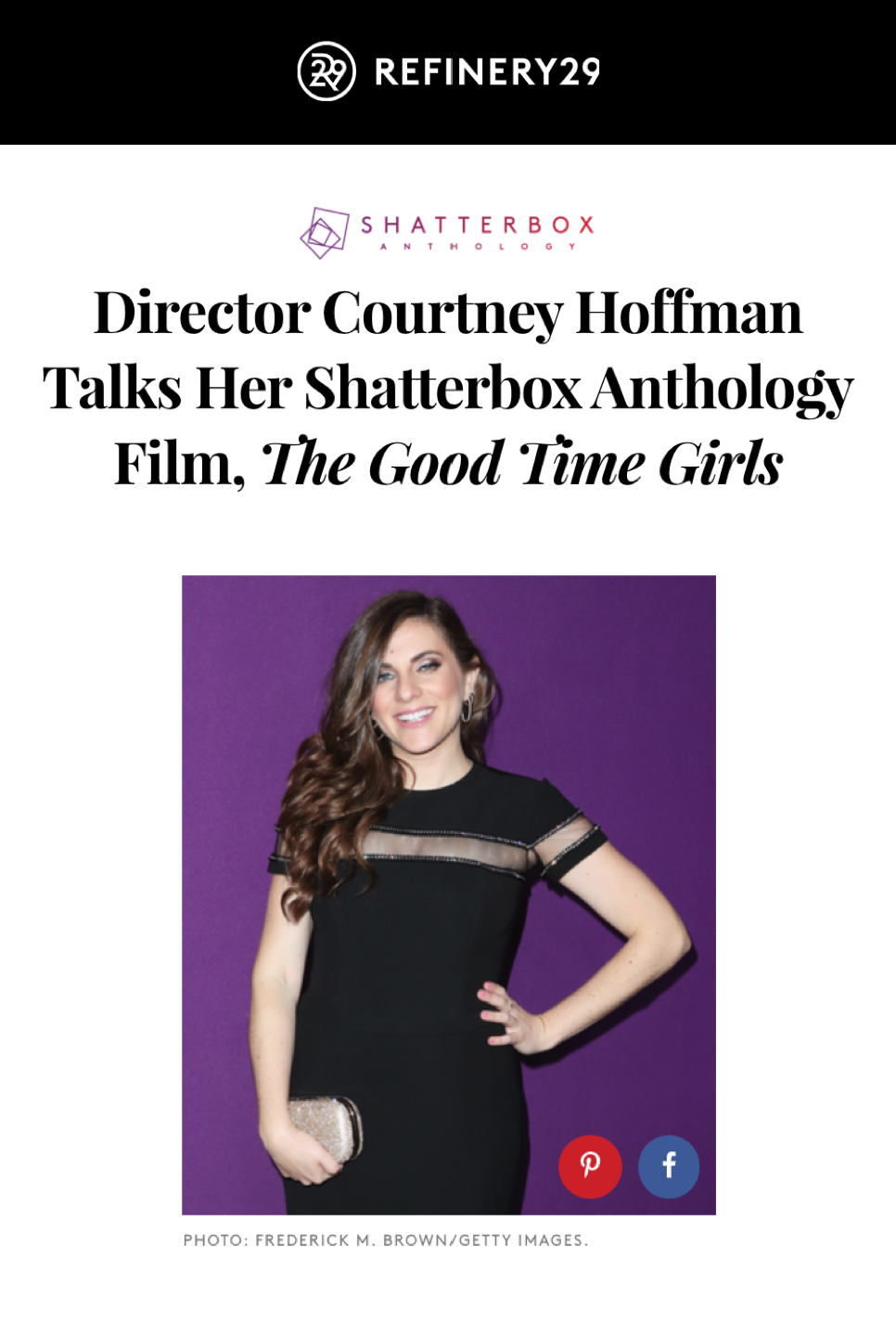 Courtney Hoffman 'comes out' as a director: "it's just one white man after another that we’re told is our hero"

Courtney Hoffman just made her directional debut with Refinery29's Shatterbox Anthology project 'The Good Time Girls'! The brilliantly powerful short is Hoffman's take on the classic Western, but with women at the heart of the story.

The cast, many of which were women who had worked with Courtney before on her many films as costume designer, consists of both major star, and up-and-coming actresses, such as the queen Laura Dern, Alia Shawkat and Annalise Basso.

"I was always like, 'I don't want to stay in my lane, because I don't care if the costumes look good if the set doesn't look good, if the hair and makeup doesn't look good.' I realized that there was sort of a pattern, that I always was really consumed by the overall picture of a film." Courtney tells Refinery29.

"And when I did 'come out' as a director, no one who had ever worked with me was surprised. Everyone was incredibly encouraging, and a lot of them actually ended up working on my film.”

You can read the full interview on Refinery29, and now watch the full film on Courtney's reel here.