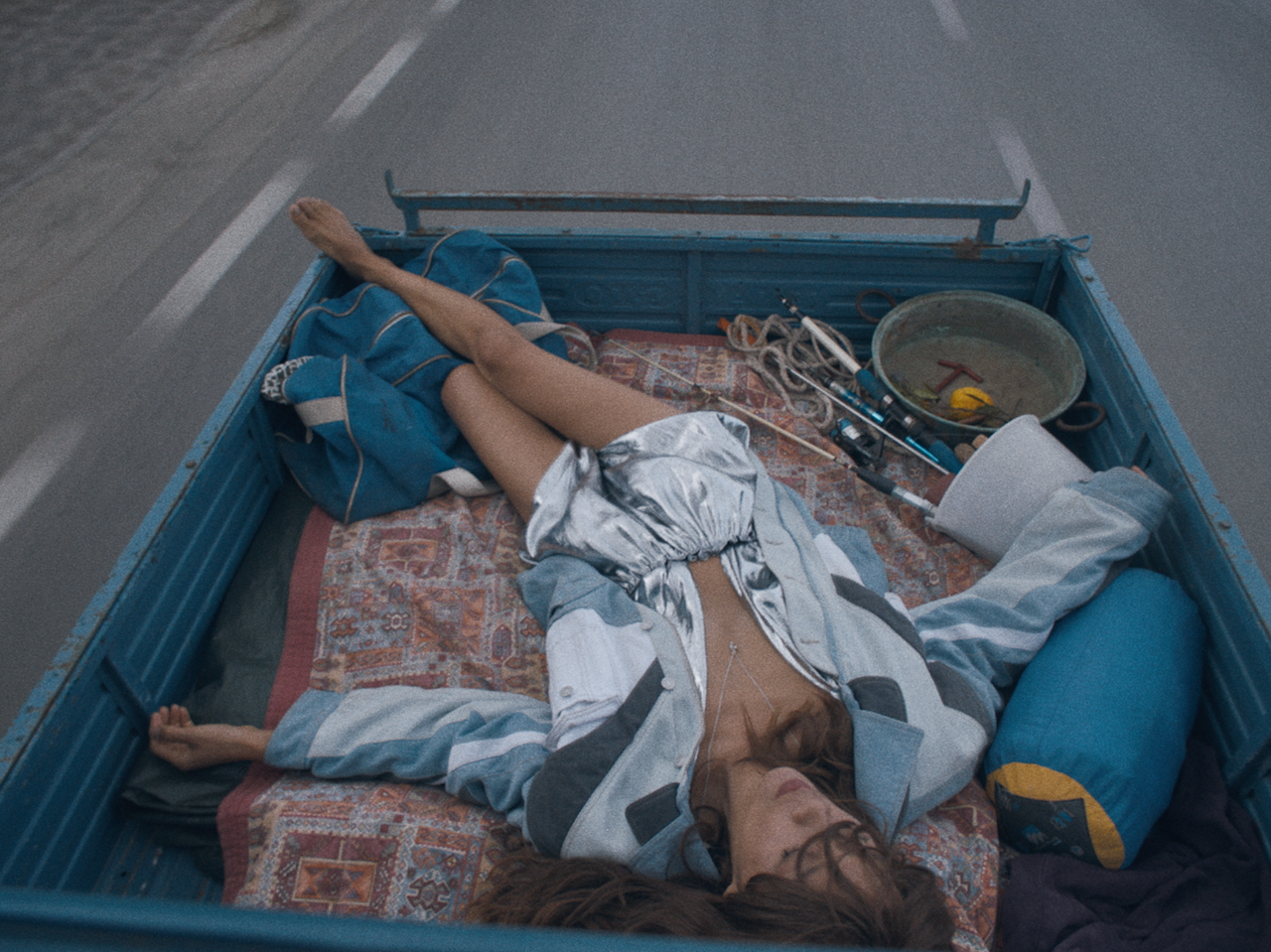 “Meo” is one of the most significant and courageous tracks of Adult Baby — it is no accident that it was chosen as the soundtrack to the extraordinary, moving trailer for the upcoming narrative film that accompanies Adult Baby, a genuine visual album inspired by the cinematic music of the album by Eva.

The forthcoming film is an ambitious co-production, produced by Lief with support of Ponderosa Music Records, Isabel Marant, Common Good, Merman, and Handsome. Costumes were designed by French designer Isabel Marant, a longtime friend of KAZU, in support of her long-awaited stand- alone project and her first solo endeavour outside of Blonde Redhead.

The eerie opening scene evolves into an expansive panoramic dream, teasing Michon’s vivid intertwining of sound and vision. The film for Adult Baby was conceived and delivered on the island of Elba--a small jewel in the Tyrrhenian sea off Tuscany, where in 1814, Napoleon Bonaparte was banished into exile and where KAZU is resolved to spend much of her life.

A distinct sample is used on the track “Name and Age”—the unmistakable cry of Godzilla. This was the spark of inspiration for Michon, who wrote a fictious folklore-esque tale which would become the blueprint for the visual album film. Inspired by historical events and symbolism of the island, Michon treats each song from Adult Baby as a chapter of the larger narrative, which will be approximately 40 minutes in length.