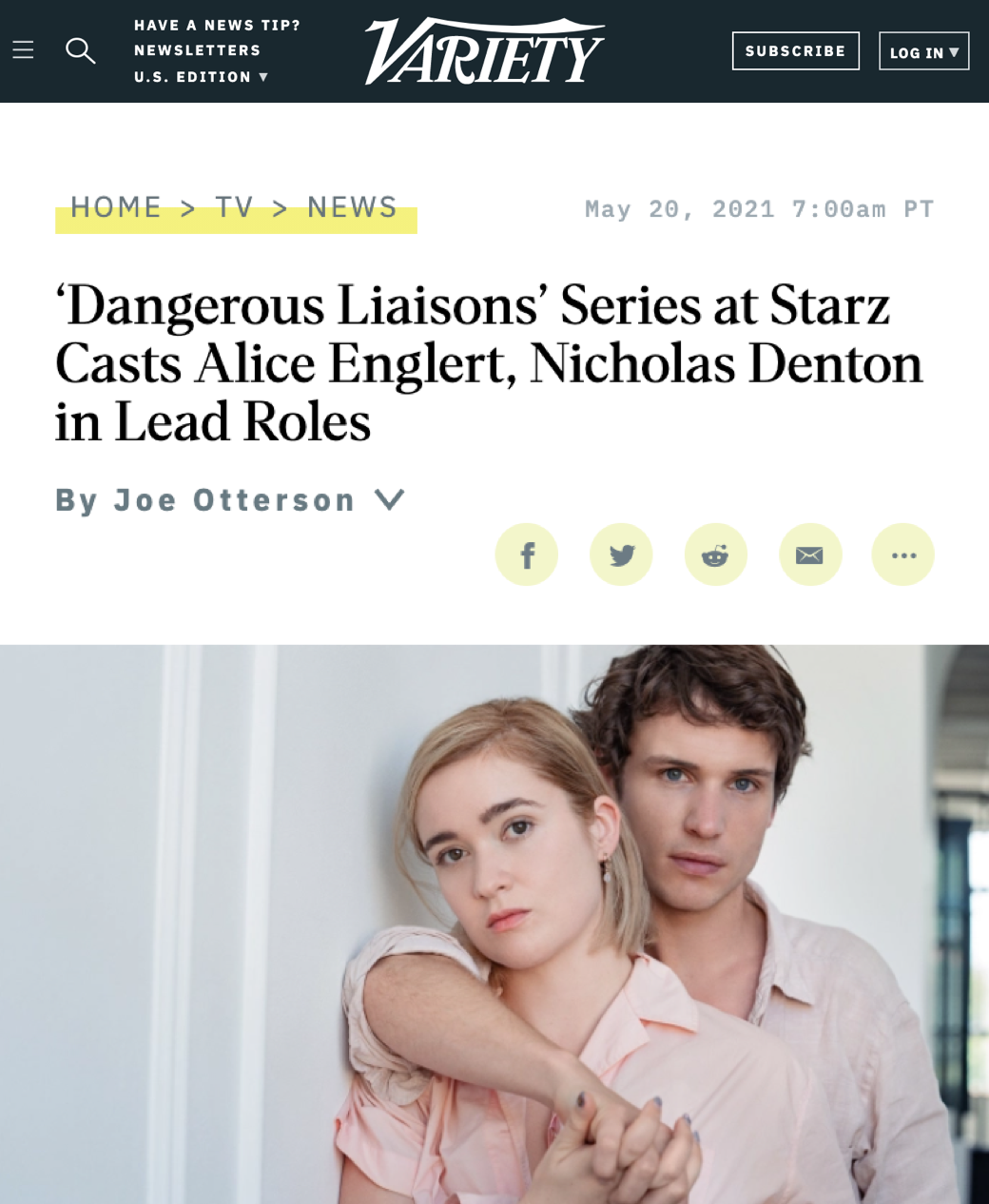 We're excited that Leonora Lonsdale will direct the first 4 episodes of Starz's original series 'Dangerous Liaisons'.
⁣⁣
It will be a reimagining of Pierre Choderlos de Laclos’ classic 18th century novel, telling the origin story of how the Marquise de Merteuil and the Vicomte de Valmont meet as passionate young lovers in Paris on the eve of revolution.

The series was created and written by Harriet Warner, and Alice Englert (Ratched) and Nicholas Denton (Glitch) have been cast as the notorious lovers.

Colin Callender, one of the producers, told Deadline: “In Harriet Warner’s brilliantly re-imagined world of Dangerous Liaisons the character of Merteuil is placed center stage as a woman quietly challenging the status quo of sexual politics, holding others to account, particularly for the abuse of sexual power and male privilege. In the wake of the #MeToo movement, a story about the claiming of female power in a world where women are objects of male domination feels strikingly timely and powerfully relevant.”

The series is currently in pre-production in Czech Republic. You can read more about it here, and watch the 1988 version, staring Glenn Close, John Malkovich, Michelle Pfeiffer.