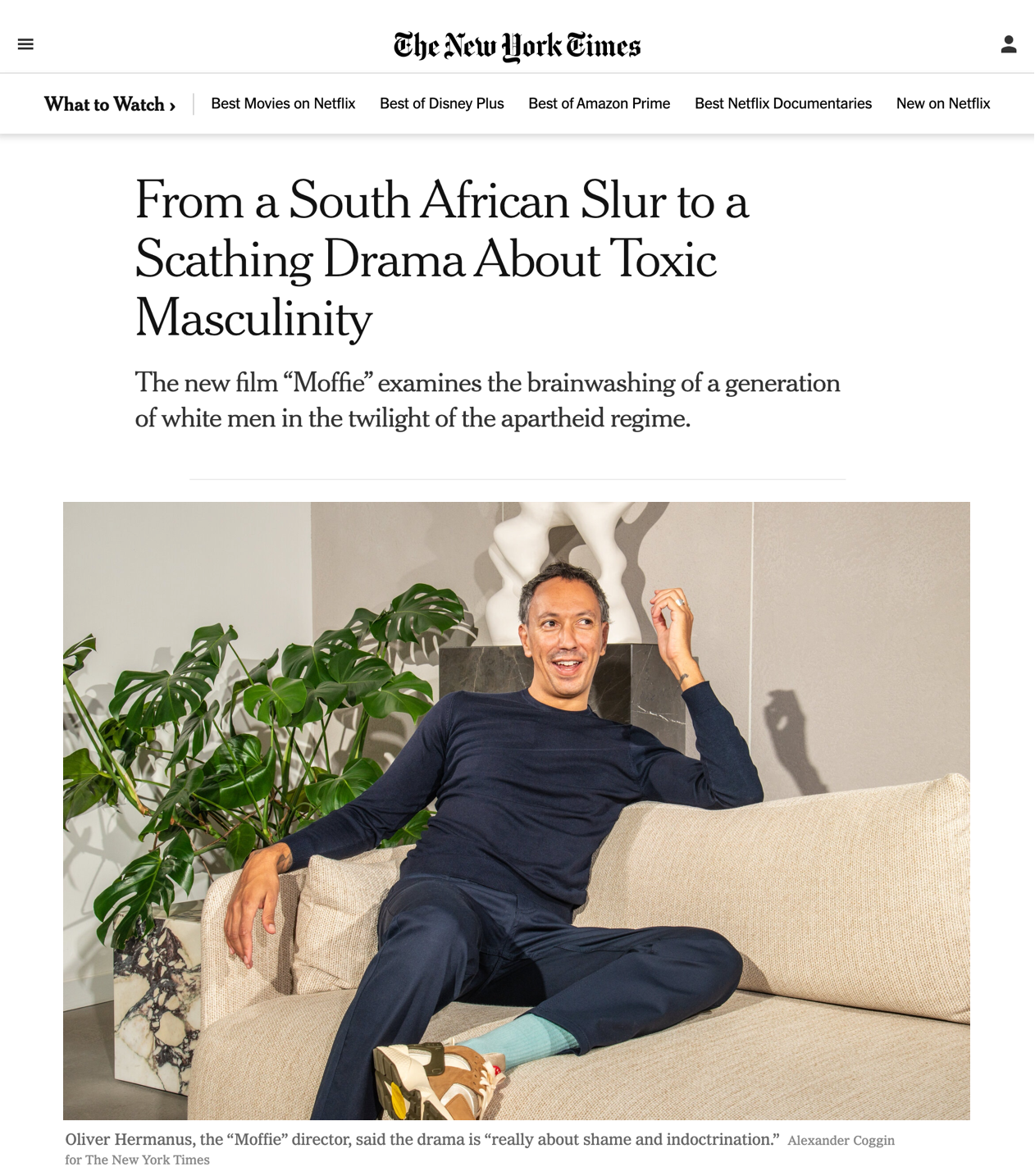 “A scaringly brilliant anatomy of white South African masculinity,” Guy Lodge wrote in Variety upon the film’s premiere at the 2019 Venice Film Festival. It was equally well-reviewed in South Africa before its distribution was derailed by the pandemic. The drama is reaching American theatres and video on demand on April 9.

Telling a story set in the apartheid era from a white point of view was not an obvious choice for the Cape Town-born Hermanus, 37, who is mixed race (known as “colored” in South Africa), and did not join the army.

Oliver sat down with The New York Times, you can read his interview here which will appear in print on April 11th.