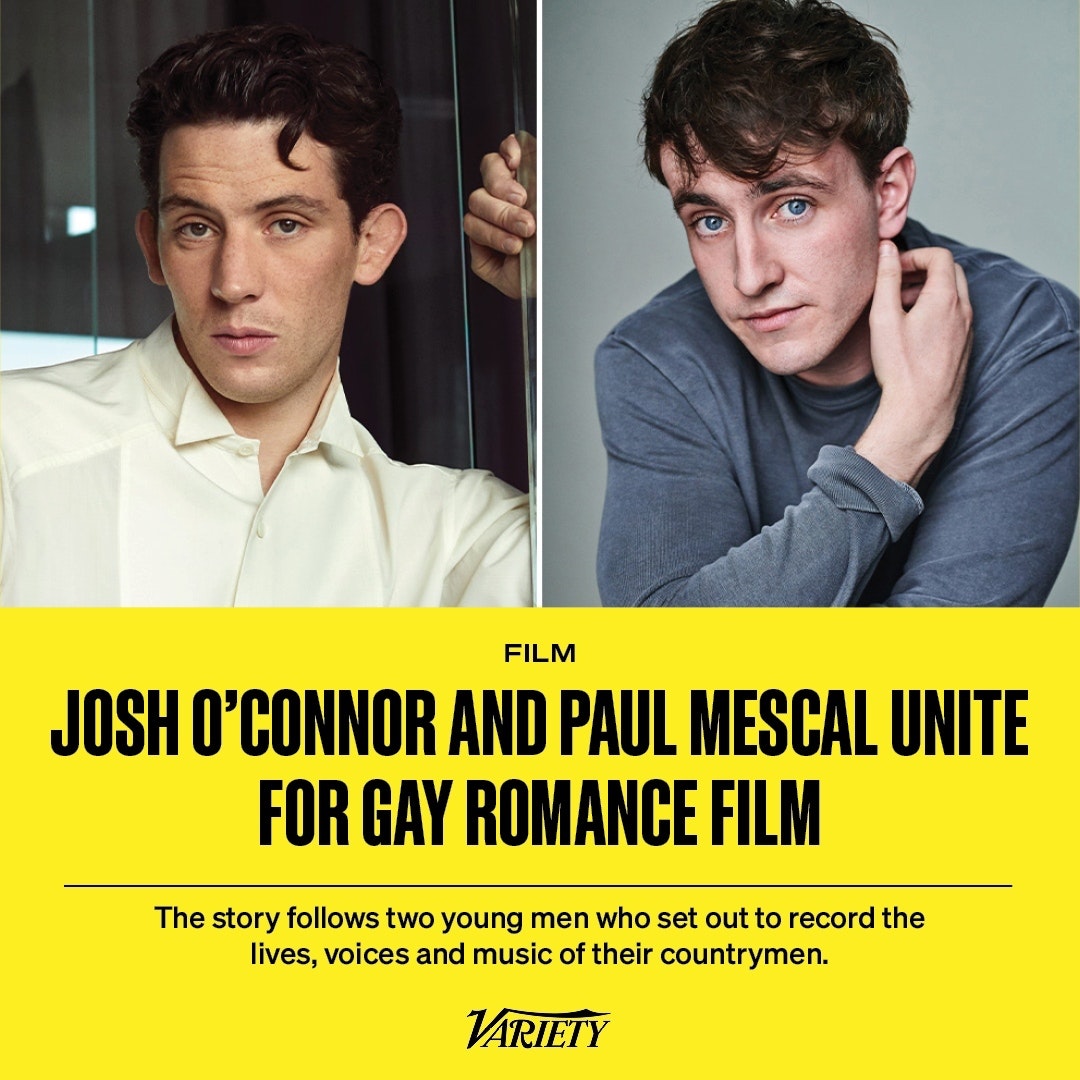 The film is based on the eponymous Pushcart Prize-winning story by American author Ben Shattuck and follows two young men, Lionel (Mescal) and David (O’Connor), who, during the WW1 period, set out to record the lives, voices and music of their countrymen.

"It is a journey through the life of America, across the 20th century and the traditions of American folk music, all seen through the bond between two men immersed in the history of sound. This undeniably powerful story will certainly resonate with audiences the world over.” says Oliver Hermanus.

Principal photography will begin in summer 2022, predominantly in the U.S. and on location in the U.K. and Italy.