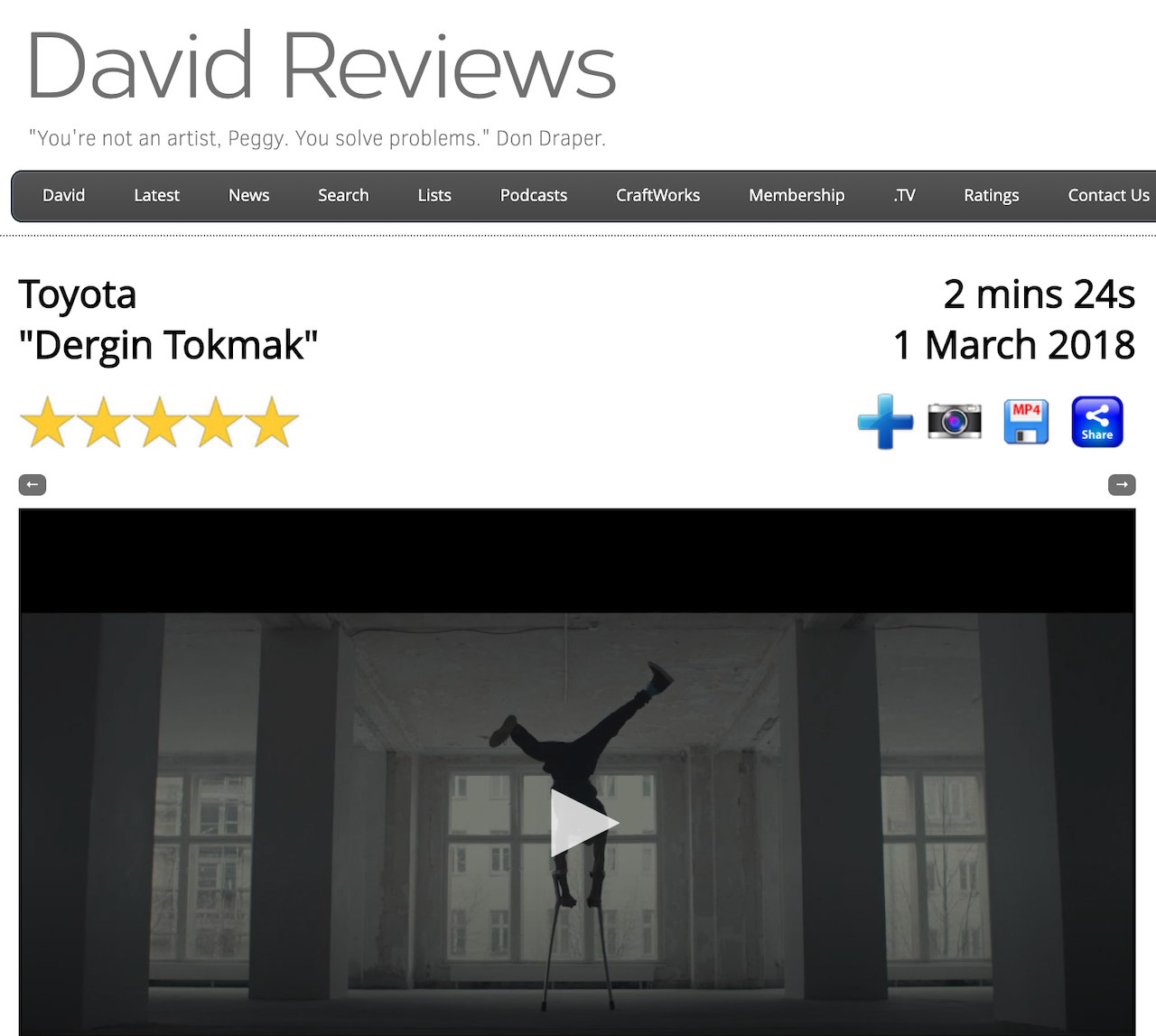 FLYING WITHOUT WINGS: PICK OF THE DAY for Adi Halfin's astonishing film for Toyota 'Dergin Tokmak'.

"This astonishing German film for Toyota stars Dergin Tokmak - a Cirque du Soleil performer with an incredible story. After contracting polio as an infant and losing the use of his legs, Tokmak was inspired by the film 'Breakin' to become a dancer... and nothing was going to stop him.

Offering an arresting portrayal of Tokmak's talent, this film takes the admirable route of making sure we understand that his disability is something which informs and enhances his style - rather than something to be defeated or overcome. It's impossible to watch the man balance his entire body on a single crutch and describe him as anything other than able.

The film's two-and-a-half minute running time flies by, as we're completely enthralled with Tokmak's determination and talent. It's beautifully shot - taking a minimalist approach which ensures Tokmak and his amazing moves are always the centre of attention... we can't imagine there's a time when he isn't."

Watch it as part of Adi's reel here.