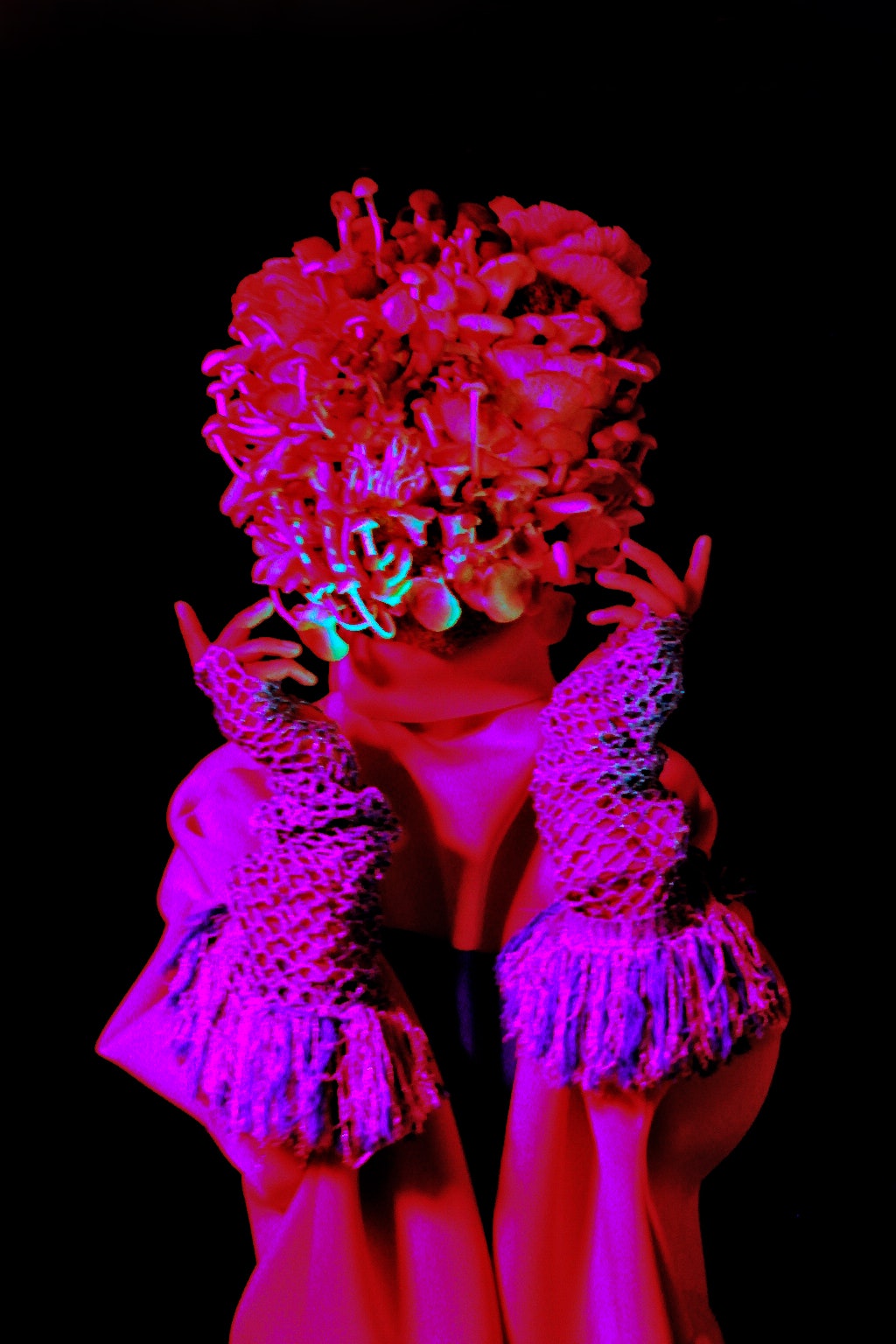 Over 40 artists, musicians and designers have been invited to look beyond the stigma and reveal the science of fungi in Mushrooms: The Art, Design and Future of Fungi, a bold new exhibition at Somerset House.

Directed by Elisha Smith-Leverock 'Mushrooms' borrows from video collage culture and uses neon lighting and polychromatic silhouettes to creatively narrate the experience of two psychedelic sojourners’ trip to the woods.

“I was thinking of psychedelia and the era in which a lot of art and films would have been based on experiences with psilocybin,” says Smith-Leverock, speaking of the psychoactive chemical that makes some mushrooms ‘magic’.

“I wanted to play with the kitsch elements of that aesthetic,” she continues. “But I was also interested in the science of mushrooms and fungi and looking at them as alien entities.”

Elisha's unbridled imagination has produced a film that shares the same qualities as mycelium (the building blocks of all mushrooms) in the way that it grows into a dense network of microscopic visual fibers.

Watch the film on NOWNESS

“My mind has been well and truly blown by all the things I learned about mushrooms. Making the film gave me the opportunity to explore the subject and to speak with artists and mycologists,” says Smith-Leverock. “For example, mushrooms have over 20000 sexes and the Cordyceps fungus turns ants into zombies with the sole purpose of spreading its spores.”

Just like a psychedelic trip, the potential of mycelium is limitless. Bio-engineers and scientists have only just begun to unlock the power of mushrooms. If vegan bacon, fabrics and the structure of Bitcoin (all inspired by or grown from mycelium) is anything to go by, it proves that mushroom cultures have transformed from a laboratory curiosity into a viable ecological solution to many of our global problems.