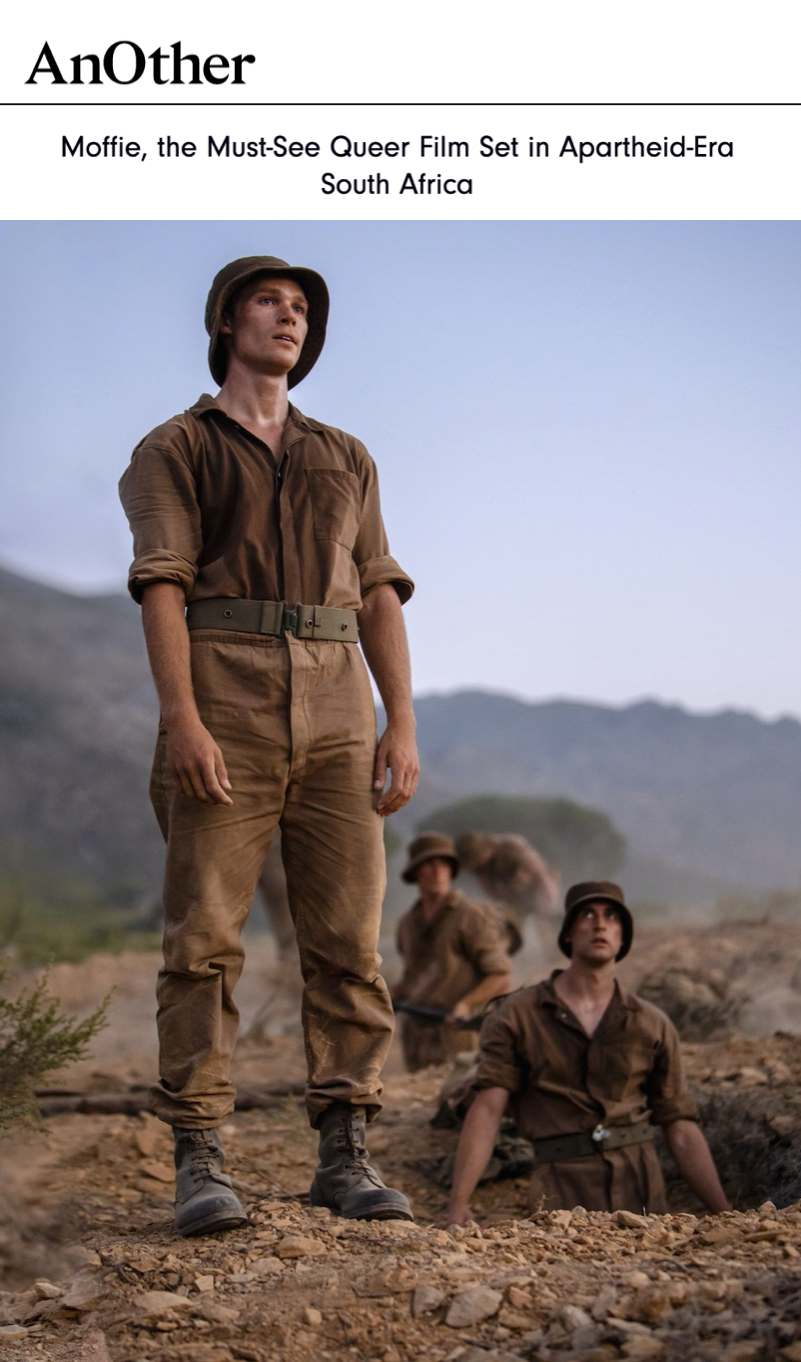 As part of #CultureIsNotCancelled, the filmmaker tells AnOther Magazine more.

"Those tweaks, changes and re-writes resulted in a much darker film, one which vibrates with tension. Loosely translated as ‘faggot’ – with all the shame, disgust and contempt that word can embody – Moffie tells the story of Nicholas van der Swart, a closeted gay teen who, along with a train full of his 19-year old peers, is conscripted to fight in the Angolan war in apartheid-era South Africa."