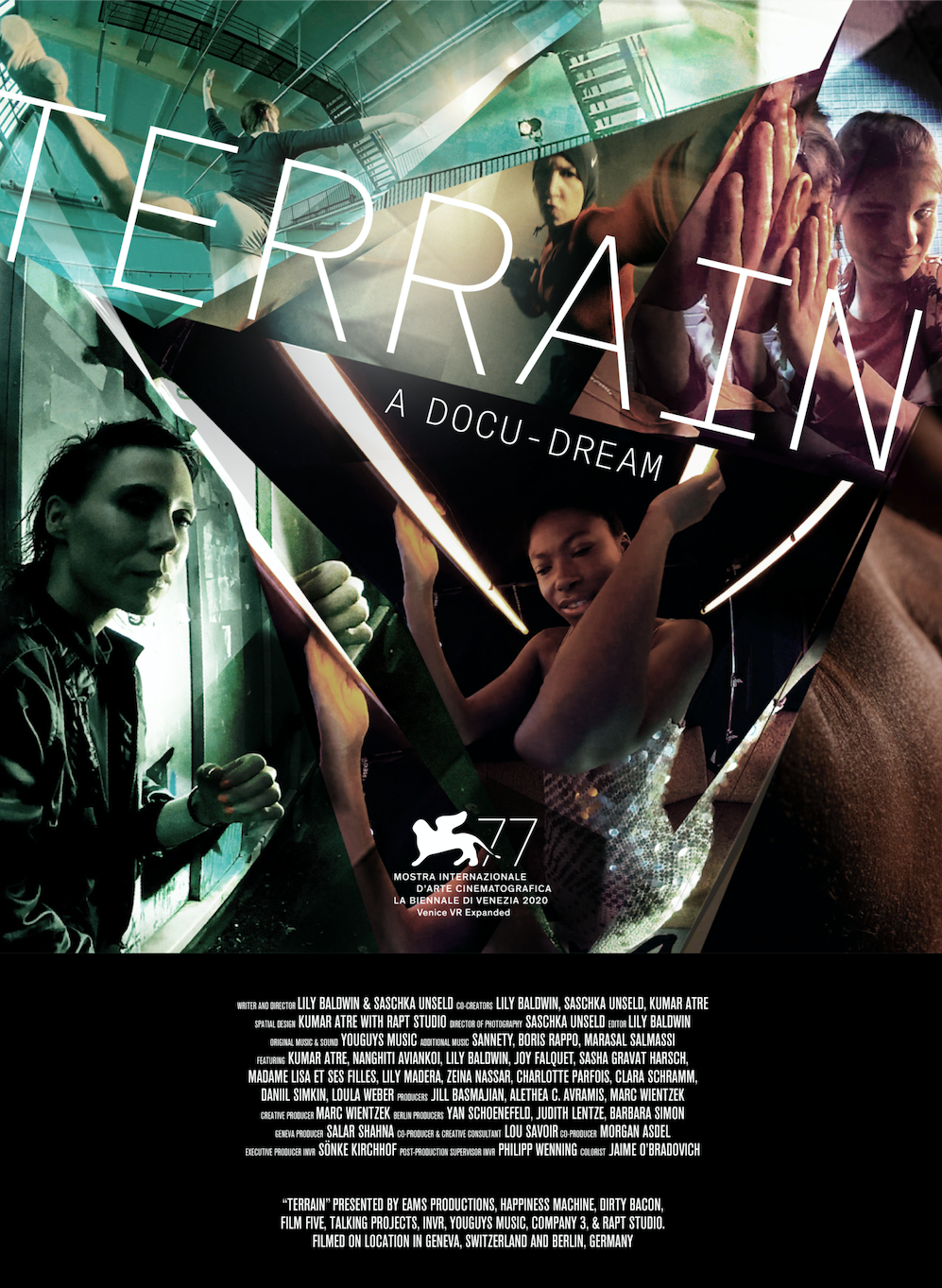 A DOCU-DREAM ABOUT THE COMMON TERRAIN OF OUR BODIES.

Ok, so this one doesn't fit in anywhere. That's the point. Transdisciplinary to the core. We bring documentary film, dance, 360-degree immersive video, virtual interactivity and spatial design into a multimedia story environment.

TERRAIN is an expanded cinema project which brings together dance, documentary film, 360-degree immersive video, virtual interactivity and spatial design into a multimedia story environment. TERRAIN creates a new kind of global community built with nonverbal language. It unites us through our shared experience of the body, proposing a communal art experience amidst our global health crisis. World Premiering in September 2020 at the Venice Biennale’s Venice Film Festival, TERRAIN is an official selection of Venice VR Expanded.

TERRAIN is a journey into the Bardo: an otherworldly space between lives where we find an array of souls from across the world. We slip and at once fall in, leaving the everyday behind. This docu-dream is a story without words using the language of movement. Through a vivid and surreal landscape, each person encounters a series of distinct individuals and slowly rediscovers a larger collective body. Terrain is a dancing unison of difference. Our bodies bridge gaps between worlds, and with this we invent a new kind of non-verbal truth. This new interconnectedness propels us back to life again, essentialized by our shared sense of interbeing.