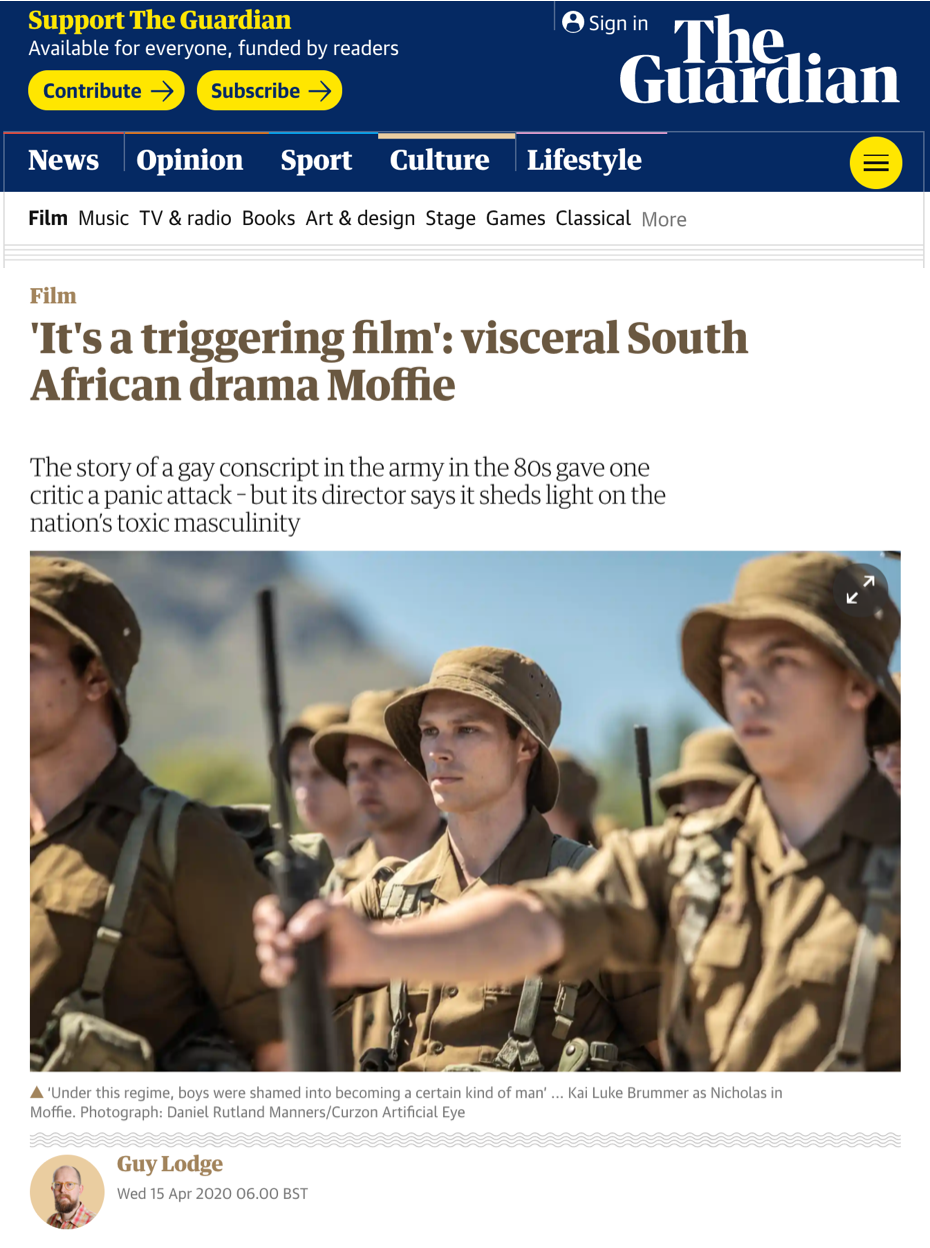 Oliver Hermanus's new feature film 'Moffie' will be released on Curzon Home Cinema this coming Friday. In the meantime, you can catch a recent Guardian review describing the film as "the one that will cement him in the contemporary arthouse canon":

"Moffie, Hermanus’s poetic yet visceral fourth feature, feels like the one that will cement him in the contemporary arthouse canon. A war film that returns to the anxious queer terrain of Beauty, it has been collecting awards and plaudits – including three British Independent Film Award nominations – since premiering at Venice last autumn."

Tickets for 'Moffie' will be available on Curzon Home Cinema, Friday 24th April.