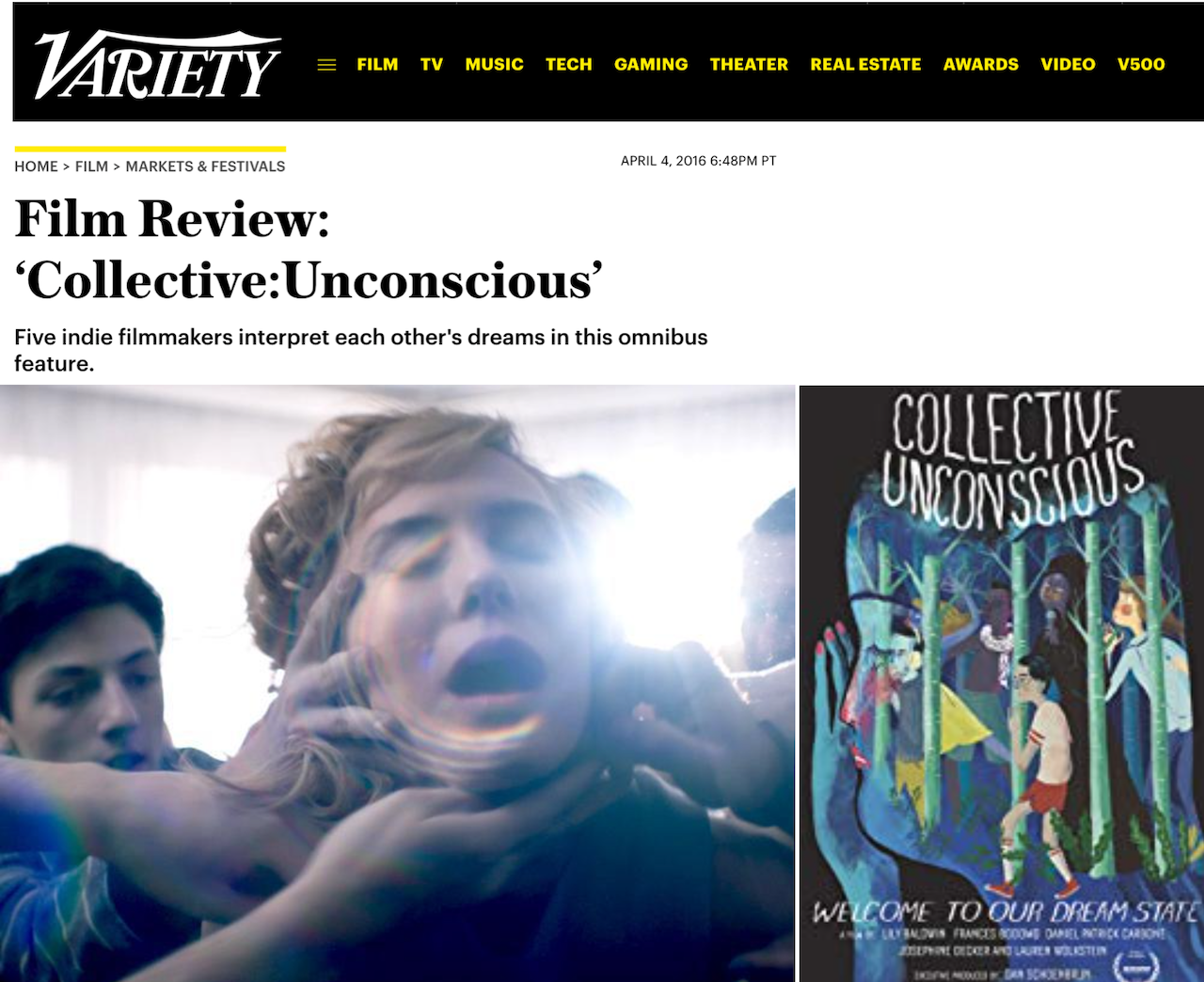 Dreams form a mysterious part of a human’s DNA, so it’s no wonder they served as the stimulus and backdrop for the collaborative project, Collective:Unconscious, which premiered at SXSW in 2016, which Lily Baldwin helmed her short 'Swallowed' for. The surrealist omnibus film was a compilation of shorts strung together by five directors, in which they visually interpreted each other’s dreams.

Baldwin’s short in the series, Swallowed, featured her now characteristic interpretative choreography, which Variety was hugely complimentary of, predicting success for all the directors: “this serving of surreal cinematic appetizers is perfect fest fare, and will burnish the directors’ developing resumes.”